Blackfish: The Documentary That Exposes SeaWorld

When the documentary, “Blackfish” was released in 2013, SeaWorld officials initially responded by blaming falling attendance on negative media attention, but the falloff in attendance on the part of the general public confirmed that there was widespread outrage over the conditions in which orca whales were maintained. The documentary focused on Tilikim, a wild-caught orca whale that was subjected to medieval conditions that caused him to turn on his human trainers and kill several. This essay provides an analysis concerning the decline in attendance at SeaWorld following the Blackfish documentary release and a discussion concerning SeaWorld’s announced plans to discontinue their orca whale captive breeding program, followed by a personal reaction to this important but disturbing documentary.
Captive marine mammals frolicking and doing tricks for crowds of humans–it’s a make-believe vision of what the ocean might look if it were designed by Walt Disney. – Mark J. Palmer, Earth Island Journal, 2015

How sales at SeaWorld went down

As the epigraph above suggests, SeaWorld attracts millions of people to its facilities each year, but as Palmer adds, “Underneath the water’s surface, however, is a much darker reality, one characterized by routine suffering and occasional bursts of lethal violence” (2015, p. 53). Unfortunately, the facts related the documentary, “Blackfish,” were not all that uncommon in the past when wild orca whales were routinely collected from their natural habitats. The documentary concerns Tilikim, a male orca killer whale that was captured in the North Atlantic in 1983 when he was about 2 years old (Schindler, 2014).

The documentary contains a number of gruesome empirical accounts from Tilikim’s trainers at Victoria, Canada’s SeaWorld facility that would have an enormous impact on SeaWorld attendance and revenues. Among the more graphic details related by the trainers was the fact that 2 years after he was “collected,” Tilikum was confined to a 20-by-30 foot unlit metal container with two others orcas where they were forced to remain for two-thirds of their lives (Schindler, 2014). According to a report by Schindler, “There was no stimulation, they were mostly immobile for 14 hours a day, and the trainers punished and deprived them of food in order to make them perform tricks” (p. 3). The combination of psychological and physical trauma resulted in Tilikum killing several human trainers beginning in 1991 with Keltie Byrne and then again in February 24, 2010 when the killer whale lived up to its name by killing Dawn Brancheau, a SeaWorld whale trainer at Orlando (Schindler, 2014).

The documentary also places the blame for these deaths on the executive leadership team at SeaWorld who made the decisions that resulted in this tragic outcome. Not only do orcas confined in capacity have shorter life spans than their counterparts living in the wild, they also suffer from more diseases including deformed dorsal fins and emotional trauma as a result of being forced to perform tricks for park attendees (Schindler, 2014). Animal rights groups have also criticized SeaWorld for the manner in which it harvested these whales  (Schindler, 2014) even though the company claims it has not done so for more than 40 years now (The last generation of whales at Sea World, 2016). Not surprisingly, the revelations contained in the documentary caused SeaWorld to become the target of global criticisms for these inhumane practices following its release. Despite aggressive efforts to improve the orcas’ habitat, SeaWorld’s Standard & Poor’s credit rating has plummeted and attendance has decreased by more than 20% (Schindler, 2014).

How Sea World agreed to end the Orca Program

Although SeaWorld initially attempted to deflect blame for the deaths caused by Tilikum and its treatment of orcas by citing “media attention” as causing its decline in attendance and credit rating, the company’s CEO Jim Atchison reported that the company was building a new 10-million gallon whale tank in 2018 which is twice the size of the existing tank  While 10 million gallons sounds like a great deal of water, in reality even the new orca tank will be only about the size of 15 Olympic-sized swimming pools (660,430 gallons per swimming pool) (How much water does an Olympic sized swimming pool hold?, 2016), and for enormous animals such as Tilikum and other orcas who are accustomed to an entire ocean, it is clear that even this significant investment is too little, too late to provide these animals with the environment they need to thrive.

To their credit, though, the executive leadership team at SeaWorld has agreed that this will be the last generation of orcas at their facilities. According to the company’s Web site, “SeaWorld has ended its killer whale breeding program, making the orcas in our care the last generation. Our whales are still here, and they will still be here for many years to come, living and thriving under the best veterinary care” (The last generation of whales at Sea World, 2016). In addition, in its defense, the president and chief executive officer of SeaWorld Entertainment, Joel Manby, emphasized the importance of the conservation efforts underway at SeaWorld in an effort to breed orcas in captivity and educate the general public about the plight of orcas and other endangered species in the wild. For instance, Manby pointed out that, “We’ve helped make orcas among the most beloved marine mammals on the planet” (The last generation of whale at SeaWorld, 2016, para. 3). Moreover, Manby also stresses the SeaWorld has helped educate more than 40 million attendees over the years with their orca program. In addition, the company has allocated $50 million from 2017 through 2022 to fund a marine animal rescue organization and to campaign for the cessation of commercial harvesting of seals and whales as well as stopping the practice of shark finning” in which the valuable shark fin is cut off for Asian consumers and the animal left to due (The last generation of whales at SeaWorld, 2016).

The existing population of orcas at Seaworld includes one pregnant whale will remain there for the rest of their lives because the company maintains that they would be unable to survive on their own in the wild, especially since they were all born in captivity (The last generation of whales at SeaWorld, 2016). In addition, the orcas will no longer be forced to perform for human audiences but park attendees will be able to view them in their current habitants as well as through “educational encounters” (The last generation of whales at SeaWorld, 2016).

Watching “Blackfish” was much like reading Upton Sinclair’s The Jungle for the first time. At first, the mind refuses to accept the enormity of the depravity that is being presented in both cases, followed by a sense of bewilderment that fellow human beings could be so wretched. The producers of “Blackfish” can take a great deal of credit in exposing the conditions in which orcas were kept that led to the deaths of human trainers at SeaWorld, but the sad reality remains that the existing whales at SeaWorld will still remain in confinement for the rest of their lives, generating yet more profits for this company.

We hope this example Seaworld Blackfish documentary essay will provide you with a template or guideline in helping you write your own paper on this topic.  You are free to use any information, sources, or topics, titles, or ideas provided in this essay as long as you properly cite the information in your paper and on your reference page. 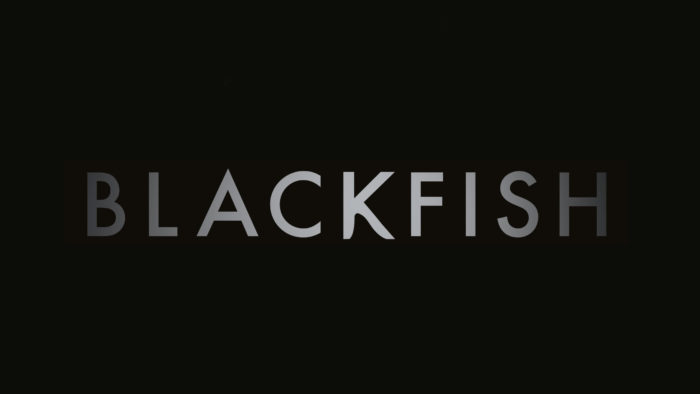 How much water does an Olympic-sized swimming pool hold? (2016). Patagonia Alliance. http://www.patagoniaalliance.org/wp-content/uploads/2014/08/How-much-water-does-an-Olympic-sized-swimming-pool-hold.pdf

The last generation of whales at SeaWorld. (2016). SeaWorld. Retrieved from  https://seaworldcares.com/