Profile essays are fun to write because they allow you to put on a different hat than the standard student one. A profile essay is an assignment where you get to do what journalists do: center your writing on one person, place or thing. The task is comparable to a celebrity profile. Nearly everyone has read a celebrity profile: this is when a journalist details their time spent with a celebrity, usually during a time when the celebrity needs to promote an album or film. However, journalists write about places and things as well, with much frequency. Travel journalists review or detail hotels, cities and museums. Food bloggers detail their adventures dining out. While these pieces might feel more like reviews, critiques or informal blogs—at their core they originate from the profile essay. The profile essay forces you to shine a spotlight on a person, place or thing and write about them in an organized and cohesive manner. By the time you finish reading this article, you will have more nuanced insight into the best way to approach and execute a profile essay, allowing you to earn a passing grade or higher. 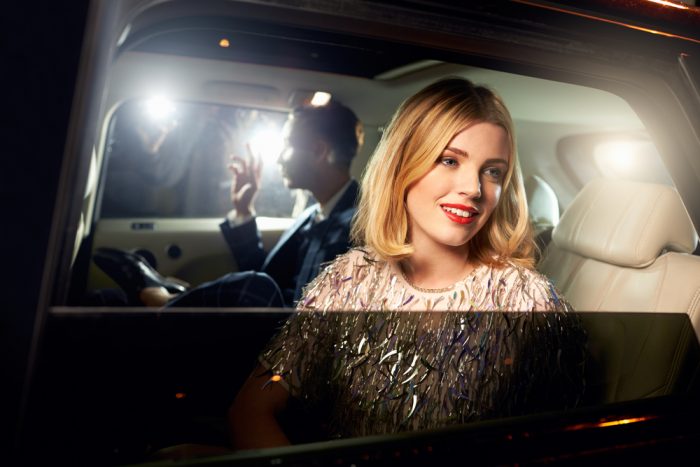 As already stated, at its simplest incarnation, a profile essay zeros in on a person, place or thing. However, when you’re assigned one of these essays, it’s important to keep the main goal of the essay at the front of your mind. This goal is to be illuminating: to offer information and a description about this person, place, or thing in a manner that is guaranteed to be enlightening to the reader. Since your teacher doesn’t want or expect a piece of journalism, you should organize your profile around a central theme or thesis.

This way, the bulk of the description that you provide can be about proving that this over-arching thesis is true.

This pattern is something you often (but not always) see in celebrity profiles. For example, many journalists will decide that this or that celebrity is a big jerk and just write an entire profile detailing this belief. Conversely, other journalists will decide that this or that celebrity is the greatest thing ever and will spend an entire profile gushing about him/her. For your profile, regardless of who or what you write about, you generally want to make it more nuanced than “this person/thing is awful/awesome.” A more scholarly profile will have nuances and layers to it, showing your teacher that you really have done all the work of examining something closely.

You’ll also recall that you’ve read profiles written by journalists on people/places/things that don’t really have any definable thesis or viewpoint. These essays just sort of meander around, rambling off bouts of description and facts here and there. These profiles are fine, but they’re not the strongest and generally don’t create the most memorable picture for the reader. Organizing all facts and description about a person or thing around a central thesis can be transformative regarding how it paints a much clearer, less forgettable picture for the reader.

You want to balance your writing and make sure that it is equal parts description and facts and that these two elements work together to prove your thesis. Your thesis is essentially your singular perspective on this person/place/thing. Crafting a strong thesis about the subject empowers you to create a more immersive experience for the reader. The reader gets a sense of the direction the essay will be taking and knows to a certain extent, what to expect.

How to Write a Profile Essay 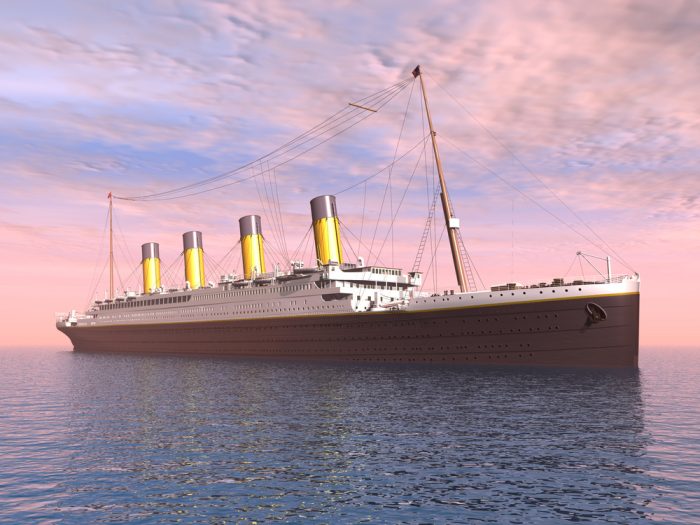 Drafting an outline for a profile essay might seem like an unnecessary step, particularly if you know what you want to write about and you’re passionate about it. However, taking a few minutes to create a quick draft can make all the difference in how readable and cohesive your essay is. This is particularly important for a profile essay, as it can be too easy to go on a tangent about one particular aspect of your subject.

a.  Discuss theme in connection to topic.

View All Our Example Profile Essays 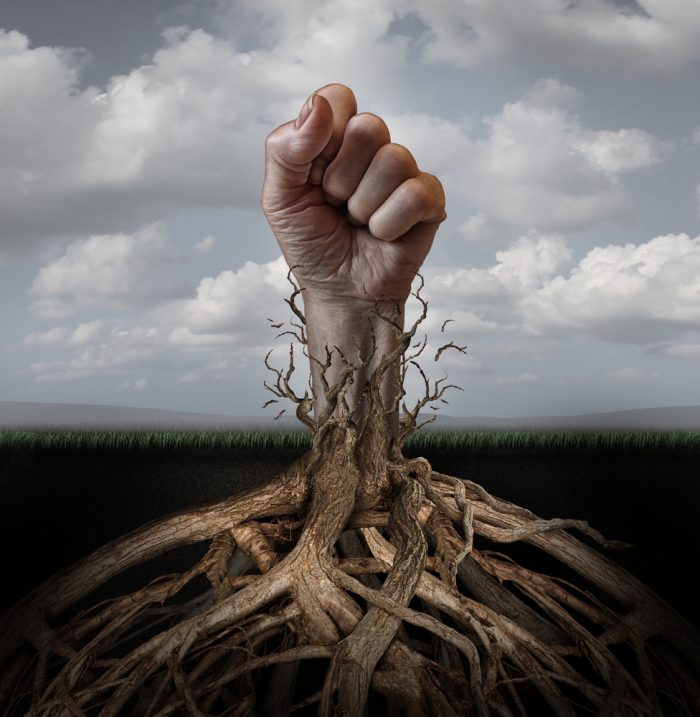 Slavery, the humiliation of Jim Crow laws, lynchings, segregation, mass incarceration and the shooting of unarmed black men. Racial oppression has been a blight on the history and narrative of America for centuries. The Equal Justice Initiative (EJI), headed by Bryan Stevenson, makes the valid argument that healing cannot occur in America until the realities of the past are confronted and properly acknowledged. This is particularly true in the south, a place where many of the most hate-filled and nightmarish crimes against blacks have occurred for hundreds of years. Through the Equal Justice Initiative and the work of Stevenson, The Legacy Museum and the National Memorial to Peace and Justice have been created as sibling-sites to help Americans and the rest of the world tell the truth about the past. The Legacy Museum and the nearby Peace and Justice Memorial help to unravel the romanticized lies of the past that paint a picture of the South as a tranquil place of glorious history and a romanticized quaintness. This museum and memorial pairing help to remind everyone that the South’s history is riddled with the evils of human slavery, bondage, rape, torture and lynchings.

The Equal Justice Initiative has helped to restore the truth of America’s bloodied history by first acquiring more of the actual facts of the real numbers of lynchings that occurred in the Deep South. While work on the museum and memorial commenced, the EJI engaged in the most thorough research to determine the numbers and facts regarding lynchings that happened from 1877 to 1950 in the deep south. Three years ago EJI released a report: Lynching in America: Confronting the Legacy of Racial Terror that recorded the details of the lynchings over 4400 black Americans, 800 more than had been documented for this area by previous historians and researchers. Before the museum or memorial was even built, it was important to get the most accurate data about what life was like in the Deep South for black people so that the historical sites could present the truth with accuracy.

The museum and memorial has helped to establish a new consciousness about the dreadful collective history that has shaped and constructed modern day racial tensions and racial inequality. In front of the memorial is a sculpture that shows the horrors of slavery. This is crucial because slavery was the evil that set the rest of the horrors of racial oppression into motion. Without slavery as the starting point, Stevenson says, “…it wouldn’t be possible for white families to gather their children and go downtown to the courthouse square and watch a black person be burned to death, to watch a black person be hanged, to watch a black person be tortured” (Brown, 2018). In the task of setting the record straight, the memorial does not shy away from the fact that slavery was the blight upon humanity that caused the bulk of the pain that black people continued to suffer, decade after decade. The memorial is composed of steel columns, grouped by county. They first appear at the spectator’s eyelevel, comparable to a gravestone. However, as one traverses the memorial, the steel planks begin to rise, until they are dangling overhead like steel tombs. This structural detail was crucial in the representation of the South’s horrendous history. As Stevenson points out, the people that carried out these blatant, monstrous murders didn’t behave with the shame and desire to hide the way most murderers throughout history would. “But they didn’t want to do that. They wanted to lift it up to raise it over the entire community so every black person would be menaced and traumatized and terrorized” (Brown, 2018). The steel planks raised above the heads of the spectators directly mimics this fiendish desire and forces one to acknowledge the darkness of the history of the south and the evils that have shaped racial oppression today.

On the other hand, the museum uses a host of high-tech tools as a way of portraying the centuries-long enslavement of African Americans and how racial terror via lynchings evolved in response to this dark precedent set by history. The museum was created on the grounds of a past warehouse where “…enslaved black people were imprisoned, and is located midway between an historic slave market and the main river dock and train station where tens of thousands of enslaved people were trafficked during the height of the domestic slave trade. Montgomery’s proximity to the fertile Black Belt region, where slave-owners amassed large enslaved populations to work the rich soil, elevated Montgomery’s prominence in domestic trafficking, and by 1860, Montgomery was the capital of the domestic slave trade in Alabama, one of the two largest slave-owning states in America” (eji.org). Hence, the very fact that this museum exists in Montgomery is an act of rebellion and a means of offering atonement for the past. Just as compellingly, the museum is able to transport the spectator back in time with replicas of many environmental relic from this era. Visitors have to look at slave pen reproductions and get to see and hear the experience of being imprisoned while waiting to be sold at auction (eji.org). By forcing visitors to have such vivid experiences of the nightmare of slavery, it creates a heightened state of consciousness about the bloody reality of history in the south and the heinousness of racial oppression.

In summary, the Legacy Museum and the National Memorial for Peace and Justice are able to lift the collective consciousness about the realities of slavery in a manner that is so immediate and memorable, it can’t help but foster healing and atonement. While many people might argue that “they know all about slavery”  having been taught cursory facts about it in school. However, what they know usually just skims the surface of racially motivated violence and oppression. By creating such a visceral experience about the horrors of slavery through the work of the museum, the visitor can increase their empathy for all that black Americans have had to overcome, and reach a better understanding about the challenges of race relations in modern society and the needs of the black community. The memorial creates a compelling visual representation of the scale and sickening extent of lynchings in the Deep South. It is by looking face to face with the horrors of the past, can we begin to heal and move forward towards a more peaceful future.

Thus, one of the benefits of writing a profile essay is that it gives you full license to dig deep and really examine a person, place or thing. If you’re lucky enough to pick a topic on something you’re genuinely interested in, you get the benefit of learning more. The profile essay sharpens your abilities in shaping a description around one perspective. This endeavor is valuable to you because it shows you how to fine-tune your portrayal around an over-arching idea. Essentially in describing things just so, you’re compelling the reader to agree with your viewpoint on a person, place or thing. Profile essays help the student better master the subtle art of descriptive coaxing.

As always, if you’re ever unsure of how to start your profile essay or you want feedback on what you’ve already written, don’t hesitate to reach out to us. Our writers have completed hundreds of these types of essays on subjects both popular and obscure. They know what teachers are looking for and the common pitfalls to avoid so you can craft a winning essay.

Eji.org. (n.d.). The National Memorial for Peace and Justice. Retrieved from https://museumandmemorial.eji.org/memorial

Copy Reference
How to Write a Profile Essay (2020 Guide). (2018, October 9). Retrieved from https://www.aceyourpaper.com/essay-writing/profile-essay/