Freedom and bondage are two concurrent Themes that run throughout the period of history. In the reform movement that arose in the 19th century those two themes coexisted side by side. how can this be ?
And, in what ways was the language of freedom used to subvert and undermine the hard cold facts of slavery and bondage in the United States? Look at the cases of African American and women in comparison to white men in the United States.

The two items, freedom and bondage, existed side-by-side in the 19th century. How so?

Harvard professor and history scholar Henry Louis Gates, Jr., writes (in a PBS article) that while many assume after the 13th Amendment (freeing slaves), free blacks headed north “just as soon as they could, right?” (Gates, 2007). It is “remarkable,” Gates explains, to learn that in 1860, there were 226,152 free blacks living in the North, and 261,918 free blacks living in the South. His point is, once free, why wouldn’t blacks move North where a larger share of the population (than the South) would welcome them?

Given the times (months before the creation of the Confederacy), why would those free blacks (there were 35,766 more free black folks living in the slave-owning south than in the North) stay in the South? There was both freedom and bondage there, so why did they stay? Gates explains that at no time before the Civil War did free blacks “in the North every outnumber those in the South!”

Those free blacks in the South (many had fled the West Indies; and when Napoleon sold the Louisiana territory to the U.S., the U.S. “acquired thousands of ‘free people of color’ – many from sexual unions between French and Spanish colonists and black slaves” (Gates, page 3). And why did many free black stay in the South? Some 72.7% of urban free blacks lived in Southern cities of 10,000 or more. Because they could get jobs, and earn a living wage in the South.

In what way was the language of freedom used to subvert and undermine the hard cold facts of slavery and bondage in the U.S.?

The U.S. Constitution is a document that fully embraces freedom. The word “slave” does not appear in the U.S. Constitution, nor does “slavery.” The Framers of the Constitution “acknowledged that [blacks] were persons” (Jensen, 2008). However, there have been misunderstandings with reference to Article 1, Section 2, Clause 3 – the “Three-fifths Clause.” That clause was used by people who approved of slavery to suggest Africans / slaves were not “full persons” – but rather they were thought to be only 3/5ths of the value of white Americans. Slave owners who held slaves as property wanted the 3/5ths designation for blacks, but the delegates at the Constitutional Convention wanted slaves “…counted as full persons” because they were at that point determining representation in Congress (Jensen, 2008). Hence, the language of freedom (our Constitution) was perverted to support slavery in the south. 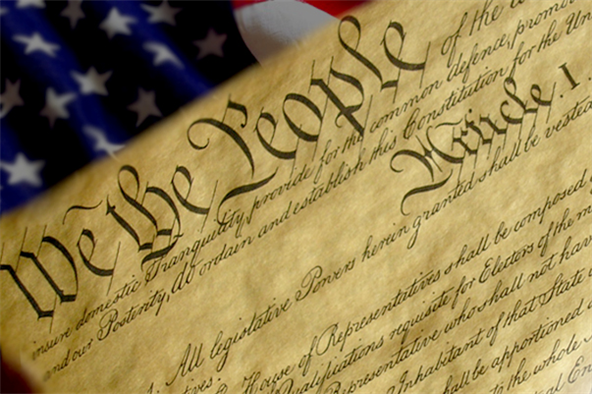 That said, the Fugitive Slave Clause in the Constitution provided that slaves that got away could be legally returned to owners (Article 1, Section 9, Clause 1; and Article V). That language was very controversial, but the Framers wrote it to make sure the Constitution “did not give moral sanction to slavery,” even though it gave power to slave owners (Spalding, 2008). The Thirteenth Amendment gave individuals the right to “not be held as the property of another individual,” however, Southern states had the authority “to regulate the civil rights of persons within their jurisdiction”; hence, private individuals could discriminate (Belz, 1980).

Nineteenth Century women: African American males could vote as of 1870 (and white males could always vote, white women didn’t get suffrage until 1920. Reform movements “Gained tremendous momentum in the mid-1800s,” and in 1876, the “Women’s Declaration of Independence” was read at the Centennial Exposition in Philadelphia (Hoffberger, 2006). And yet, despite reform movements, black males could vote and white women could not vote. A very odd conundrum for women, but they battled on to get their rights in time.