Most people can spot satire when they see it, but few people can adequately define what satire is, let alone create it themselves. Writing a satirical essay is perhaps one of the most challenging types, because the writer not only has to make a cohesive argument, but has to do so using the tricky literary device of satire. According to the database of literary devices, writers use satire “…to expose and criticize foolishness and corruption of an individual or a society, by using humor, irony, exaggeration, or ridicule. It intends to improve humanity by criticizing its follies and foibles.”

Funny topics for a satirical essay should revolve around light subjects that have a certain level of inherent amusement to them. For example, topics that focus on entertainment, sports, fashion are inherently less serious and are easier to poke fun at. In selecting a funny topic, think of a problem or issue within sports, entertainment or fashion and brainstorm a way to mock this issue. For instance, so many people have grown tired of movie studios constantly churning out huge-budget franchises, sequels and derivative fare. A satirical essay on this issue could be “The Un-Original Guide to Movie-Making” or “How to Make a Movie Audiences Won’t Want to See” or “How to Make Movie that Looks like Ten Other Movies No One Liked.” Another topic related to this issue could highlight the unfairness and lack of representation of minorities groups in films and assert, “How to Make the Whitest Film Possible” or “Main Reasons for Only Casting White Actors in Cinema.”

One would try to employ the same technique for writing a satirical essay on sports: think of a pervasive issue that needs fixing within the greater subject and then make light of it. For example, so many viewers are against all the blood that is so abundant within MMA fights, as many find it offensive and an awful reminder of mortality and the barbaric nature of the sport. An essay topic on this problem could be “Buckets of Blood: How to Incorporate More Carnage in the MMA Sport” or “Make it a Bloodbath: Why There Needs to be More Blood within MMA.”

Another very common problem within the field of professional sports is how much money the players make. Many argue that their high salaries are a reflection of sick society, and a sign that Americans simply don’t have their priorities in the right place. For example, some stars of the NBA make over $24 million dollars a year. These people aren’t curing cancer, making our streets safer or helping the environment: they’re simply providing entertainment and escapism and receiving a bloated salary for it. Hence, satirical essays on this issue could be “Changing the World: Why Professional Athletes Need to Earn More for All Their Good Deeds” or “Making the World a Better Place: Why Professional Athletes Don’t Make Enough Money for their Tremendous Contributions to Society.”

Now that the technique is clear regarding how to craft one’s own satirical essay topic on a funny or lighter topic, below are a list of amusing topics for a satirical essay. 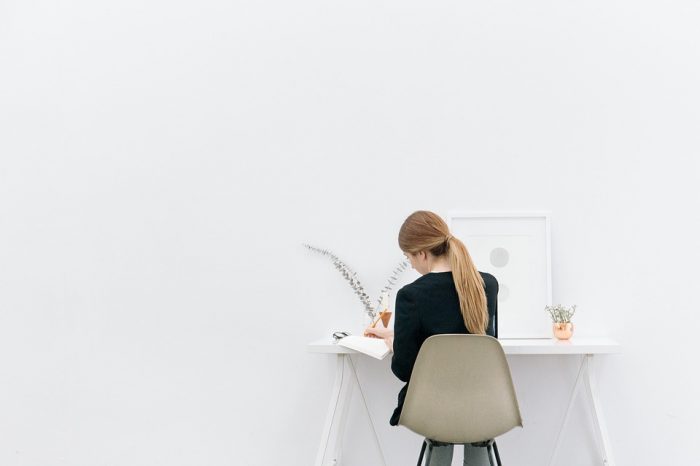 Satirical topics suitable for high school should be able to comment on the realities of high school life, highlighting the responsibilities, pressures and focuses of students in this age bracket. For example, satirical essay topics that touch upon the stresses of academic life in high school might attempt to poke fun at the severe pressures that abound during this time. For example, one essay topic might be “Why Getting into a Good College Really Doesn’t Matter.” Obviously this topic, mocks the debilitating pressure that high school students so often face when it comes to getting into the best university they possibly can. Similarly a topic such as “Why Your SAT Score is Inconsequential” also pokes fun at the harsh stress students have during their high school years, as they attempt to ace their SATs so they can get into the best college possible and have the brightest future possible.

Another such satirical essay topic might joke about academic life in high school, such as “Studying Shakespeare is Useless: Five Reasons Why” or “It’s Okay not to Sleep, Eat, or Enjoy Life During Finals Week (As Long as You Ace Them). These topics poke fun at the often primary importance that teachers can place on mastering Shakespeare and doing well on one’s finals so that one can maintain a high grade point average. For example, many students struggle with advanced math, so an essay that mocks the importance of this subject would be appropriate. For example, “Why You Should Sleep Through Math Class” or “Math Skills Aren’t Needed in the Real World: Main Reasons” would both effectively satirize this subject.

Other satirical essay topics that revolve around college life are ones that comment upon the often tricky social world that high school forces its students to navigate. For example, an essay title such as “Eating Lunch Alone is the Key to Popularity” satirizes the fact the social divisions and clichés that can manifest within a high school cafeteria. On this note, an essay topic such as “Being the Teacher’s Pet opens Social Doors” also pokes fun at a situation that can needlessly lead to being a social pariah in high school.

Using this method of laughing at the common stressors that abound in high school is a solid method to create a workable essay topic.

The main idea when it comes to satirizing essay topics that connect directly to high school are to focus on the stressors inherent and the expectations placed on students. Making fun of these issues should provoke a wealth of topics.

Finding a satirical essay topic that relates directly to 2018, would have to focus directly on the current events, milestones, and scandals that have shaped the world in recent times. For instance, many of these essay topics would probably revolve around the Trump Presidency. Regardless of how one feels about Trump, one has to admit that it’s a very unconventional presidency, and that fact alone gives one a host of material to work with. For example, a satirical essay topic could be something like, “Reasons the Best Leaders are Inconsistent” as that topic would poke fun at Trump’s highly mercurial ways. Another such topic might be “Wall-Building is the Best Foreign Policy: See Berlin.” Or a comparable topic could be “Why Interrupting Someone During a Debate is Honorable.” All of these titles essentially poke fun at aspects of the Trump Presidency and presidential campaign—two issues that are entirely relevant in 2018.

Another hot button issue of 2018 is the #metoo movement, a movement that began in 2017, and which continues up and through the present. This movement helped to expose many abusers who were in positions of power and abused that power in the workplace. This movement has helped to unmask the host of abuses that men in entertainment, politics, corporate America, broadcasting and journalism had been sustaining for years. Since this is still such a hot-button issue for so many, satirizing the subject matter needs to be done with care, but is still possible. For example, an essay topic such as “Equal Pay in the Workplace is Unnecessary” satirizes the grave injustice that so many women face in the workplace, but can be used to help highlight this egregious trend. Another such topic might be “Why Reporting Harassment is Silly” also mocks the sheer necessity of both reporting and recording incidents of harassment. An even bolder topic might be “Why Harvey Weinstein Should be President.” This topic can satirize Weinstein’s grave disrespect for human dignity and shine a light on the imbalances that kept him in power.

Another relevant topic for 2018 would be the Black Lives Matter (BLM) movement, which began a few years earlier, and which continues to have grave relevance in this day and age. Topics inspired by this issue could revolve around the tragedy and deplorable injustice that young black men have faced at the hands of police officers. Such essay topics could satirize these problems and hopefully shine a bigger spotlight on the injustices needed to be corrected. For example, “Why Police Should Always Shoot First” or “Young Black Men are Dangerous: Reasons Why” or “The Safety of White People is Primary” or other such themes that highlight the racism at the heart of police brutality.

The main idea when it comes to developing a list of timely satirical essay topics that are relevant to this current year, is to consider the issues that conflict the country the most. Environment is another such timely issue.

The possibilities really are endless when it comes to conceptualizing the best topic for a satirical essay. Once you’ve fleshed out a general topic, it’s important to find amusing sub-points to help support your overall claim. These sub-points can help shed light on the general social issue, problem, injustice or societal silliness that you wish to focus upon and will help you start your essay with ease. Of course, our custom writing service is always available to create a completely original satirical essay as an example to aid in your own learning process. We are always able to create one based on precise specifications as given by the client, that you are always able to use as a guidelines or reference as you create your own.

The task of finding a suitable satirical essay topic can be daunting at first. However once you have one that truly piques your interest, you’ll have an essay that’s easier to start writing and to finish. It’s important to bear in mind that you should have fun writing such an essay while making a compelling statement about the world at large.

Have some really good satire essay topics not included in our article?  Leave them in the comments below for other students to read.