Explanatory Essay: Guide to Writing an A+ Paper (2017 Update)

Definition:  An explanatory essay—sometimes called an expository essay—is a paper in which you present the views of someone else or tell of an event in way that is easy to understand.

You’ve seen a movie where the narrator or the characters basically talk to one another about what is going on in the plot for the sole purpose of updating the audience, right? This is called exposition. It is deliberate, informational, and wholly out of place with the general flow of the narrative. It is a moment when whoever is telling the story stops and says, “Okay, but before we can go on, you first need to know…” It is the moment at the beginning of every Star Wars movie ever made when the opening crawl rolls up the screen telling the viewer about what’s been going on between the rebels and the Empire.

It summarizes for the reader the background info needed to help bring context to the events, views or situation that the essay will explain. It takes a look at the whole, segments it, and shows how A leads to B, which leads to C and D and E and so on.

Now let’s look at how to write an explanatory essay in more detail!

How to Write an Explanatory Essay

Second Step: Get out in front of it! 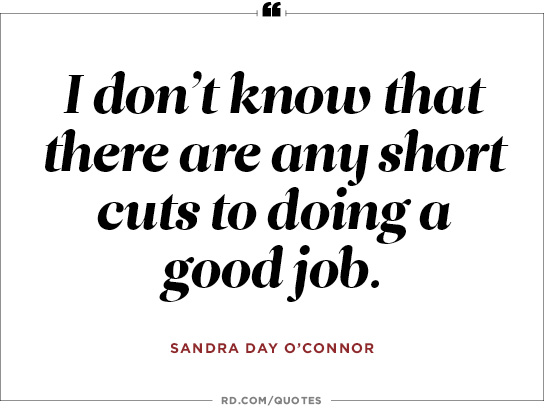 Okay, so now you have some tips—great! But how do you write the essay? Ah! That’s where outlines come into play. The basic explanatory essay structure is simple. Think—Introduction, Body, and Conclusion.

The Introduction is your opening paragraph. Here you introduce your topic and tell your reader what it is you will explain.

The body is where you provide A, B and C—the Do Re Mi—the notes of whatever it is you are explaining. You start at the beginning—say, with the history of the subject. Bring it up to speed. Show where it’s at now. And give some indication of where it is heading. Follow a logical sequence, with each paragraph in the body acting as a supporting paragraph—like a supporting pillar of a bridge that allows a person to get from one side to another. Your paragraphs should connect your reader to knowledge by helping them leave the shores of ignorance by way of your essay, which is the bridge to understanding.

When you read your own essay, try putting yourself in your audience’s shoes: imagine you are hearing about all this for the first time. What questions do you have? If they aren’t answered adequately in the body of your essay, consider addressing these points in more detail. Everything should move the reader towards clarity—not confusion.

The conclusion is simply a paragraph that re-iterates the main idea of your paper and summarizes the subject. Now let’s look at how this might look in outline form!

a.  Introduce your topic

b.  Tell what you will explain and who you are explaining it for

c.  Provide a glimpse of how your essay is constructed—what will follow

a.  Put your paragraphs in some type of sequential form—historical, logical, or thematic

c.  Use transition words and phrases to link ideas/paragraphs together

a.  Restate the main idea of your paper in new words

b.  Summarize the points you covered

Here are some topics that you can use to help you come up with your ideas for a great explanatory essay. Remember—the best topics are those that people want or need to know more about, subjects that you know a lot about, or events that are important to understand. There are no rules and virtually anything can be explained—so be creative, pick something that interests you and that you would like to help others to better understand. Or pick a subject that you yourself know nothing about but that you would like to understand better. This is the perfect opportunity, after all, to investigate a topic that you otherwise might never examine! Try out these ideas below and see if they strike your fancy.

How We Can Help

Let’s say you’ve finally settled on a topic.  Okay—now what?  Well, now you have to research it and—yes—explain it.  So maybe you’re not a great writer.  Maybe it’s hard for you to find the right words.  Maybe you can see all the points you want to make but when it comes to sewing the parts together, you can’t seem to manage on your own.

No worries.  That’s where we come in.  Our professional academic writers are well-versed and experienced in providing students with model essays that they can use as guides when they settle in to write their own.

How does a model essay work?  Well, it works the same as a tutorial video on YouTube.  Say, for instance, you want to repair a faucet.  First, you watch how someone else does it—then you give it a crack.  The same approach applies when it comes to writing an essay.  Say you have a set of instructions calling for you to write an explanatory essay on the Anti-Federalists.  You know what has to be done, you just aren’t sure how to do it!

It’s nothing to be embarrassed about.  In fact, most people learn by way of example.  And that’s why we’re here.  We provide you with the model essay you need to get your paper written the way it needs to be written.  You need an essay on the Cold War—so let us write one for you, based on your uploaded set of instructions, so that you can see exactly how it can be done.  Then, based on how we showed you to do it, you can confidently go about writing your own paper.

It’s a pretty simple concept that has been helping our student clients write more effectively for years.  While we recognize that tutorials like this one here can be very helpful, we also realize that sometimes students need a concrete example.  So get yours today!

The explanatory essay is super easy to write if you follow the advice given above!  All you have to do is take an issue, event or viewpoint and try your best to understand it without making a judgment one way or the other.  Then convey that understanding to your reader using a simple Intro/Body/Conclusion approach.

Write your essay in a logical sequence.  Introduce your topic in the first paragraph and be specific about what your paper will explain.  With the body of your paper, start with a short history of the subject, explain the current situation, and clarify the viewpoint, the issue or the circumstances surrounding the event.  The main objective here is to reduce confusion and plainly show how one side or several sides are examining a single topic.  The more light and lucidity you bring to the subject, the more rewarding your explanatory essay will be!  Close it out with a restatement of what you have explained and you’ll be good to go.  Good luck!