Bullying can be a difficult topic to tackle. That is why this bullying essay will help offer an idea of what will comprise a good paper and what potential areas of research to cover within this controversial and popular subject. From developing a good thesis, carrying it throughout body paragraphs, and closing with a brief and concise conclusion, this essay will show what to do to obtain a high grade. The first step before the thesis, the body, and the conclusion, is a unique and informative introduction. This will help lead to an idea of where to start the paper and when all is finished, an abstract can be created, thus putting a successful end to any writing project.

What Makes Others Bully?

Bullying: The Need to Control

A.  What is Bullying – Definition

Bullying is an ongoing problem that affects people as children and adults. To stop bullying, people need to understand the various ways to bully and why bullying exists. Bullying makes those that do it feel powerful and look ‘cool’ to others. Yet, bullying can create immense suffering for the victims, sometimes leading to death. This essay covers four types of bullying: relational, verbal, physical, and cyberbullying. It also covers briefly the effects of bullying by providing examples of real bully cases.

Bullying has lead to the suicides of several American youths.

Kids and adults alike have talked about bullying and their experiences. From coworkers acting too aggressively to kids in class being mean, bullying is a common occurrence that has been portrayed in movies, books, and shows to several generations. Although many think they have a good idea of what constitutes bullying, many do not know the various forms of bullying. People can be bullied verbally, physically, online, and in relationships. Intimate partners, friends, and family members can be bullies.

The four different types of bullying that will be discussed in this essay are relational, verbal, physical, and cyberbullying; these types of bullying are often difficult to identify and in covering these topics, it will provide a deeper understanding of bullying and its potential negative impact on both the bully and the person bullied.

Bullying is defined as hurtful, mean behavior happening continually in any relationship that has an imbalance of strength or power (Zins, Elias, Maher, & Wiggins, 2007). It can take on several forms. These forms may often seem similar. It is important to distinguish each one and understand how they impact a person on the receiving end of the bullying.

The first form of bullying is relational bullying and is considered indirect bullying. Relational bullying means bullying with exclusionary tactics, involving deliberate prevention of someone being/joining part of a group (Macklem, 2010). This could be at a game, social activity, or lunch table. A good example of this is when a group of boys at baseball practice decide to go to a fast food place to eat. One person is left to the side, ignored, treated as though he was invisible. Making people feel excluded from a group can lead to feelings of worthlessness and depression.

People suffering from relational bullying may experience mood changes, turn to isolating themselves, or withdraw from peer groups altogether. Although relational bullying can happen with either gender, girls experience this form of bullying more than boys, especially in certain age ranges. “Between eight and eleven years of age, girls continue to use more and more relational aggression. They appear to be choosing the form of aggression that is most hurtful to others, and the type of aggression that is most tolerated by the peer group” (Macklem, 2010, p. 42). Relational bullying does not simply mean excluding someone. It may also entail spreading rumors, sharing secrets and breaking confidences, and recruiting peers to share in the dislike of a target. This form of social manipulation is quite common in grade school and can frequently happen up to middle school.

Bullies that partake in relational bullying may do so to feel power over others and over their intended target. They may dislike the bullying victim and so feel the need to encourage others to dislike the victim as well. Relational bullying also helps a person increase his or her social status among his or her peers. By that person putting someone else down or making someone else look bad, that person looks better in comparison.

The next form of bullying is verbal and is an example of direct bullying. Although there is no evidence of harm done as seen with physical bullying, those that experience verbal bullying state they develop traumatic memories from such events. “Verbal bullying usually takes the form of name-calling, taunting, interrupting, teasing, joking or threatening, intimidating, and humiliating. Victims of verbal bullies are often shy, have low self-confidence, and are chosen because they don’t have friend to defend them” (Ryan, 2012, p. 7-8). Bullies that verbally bully their victims do so because it makes them feel powerful. Like relational bullies, they may tease someone to improve their own social standing and belong with a group.

Verbal bullying can make a bullying victim depressed, socially withdrawn, and can lead to suicide ideation. Those that are verbally bullied may feel as though they have no one to turn to, to alleviate their situation. The best way to deal with verbal bullying, either as a child or as an adult, it to have confidence and learn self-respect. By people understanding and stressing their own personal boundaries, it may help them avoid dealing with a verbal bully.

View All Our Example Bullying Essays


An example of physical bullying is when a kid kicks or scratches another kid one day, and the next day pulls his or her pants down. This repeated act of aggression and physical violence constitutes physical bullying. Physical bullying can lead to potentially serious consequences for the victim such as permanent injury, disability, or even death.

One example of physical bullying that lead to death was the story of Bailey, a 12-year-old male honor student. He was hit in the head several times and experienced seizures that put him in a coma. “Bailey suffered a concussion, broken nose and other injuries when two boys jumped him in recess – one pushing him and the other landing the blows. He started suffering violent seizures causing doctors to put him in a medical coma” (Davies, 2013). Bailey died a short time after, from his injuries.

Often physical bullies attack their victims because they experience some form of abuse. They may do so simply because they can. Or, they may be peer pressured into attacking a bully victim. Regardless of the reasons, physical bullying is a dangerous form of bullying that should be handled with the proper authorities in order to avoid additional problems from arising.

The final form of bullying is cyberbullying. While cyberbullying may be seen as indirect bullying, it can also take on a form of direct bullying due to harassing behaviors like insults and written attacks being sent online. A person can anonymously blackmail someone, post degrading and offensive posts on various social media platforms, and start pages making fun of a person’s looks. Cyberbullying has become a major issue and has led to the deaths of several teens in the last decade. One notable example is Amanda Todd.

Amanda Todd was a teenage girl who committed suicide because of an anonymous man who harassed her for years, posting topless pictures of Todd for her classmates to see. Aside from being tormented online, she was also physically assaulted by the girlfriend of the boy she slept with and was rushed to the hospital afterward for drinking bleach. Todd made a short video on YouTube detailing her suffering. “On September 7, 2012, Amanda Todd posts a video on YouTube entitled “My Story: Struggling, Bullying, Suicide and Self Harm”. Using queue cards she tells her story of the cyber-bullying she has been exposed to for a long period of time” (Hendricks & Hansen, 2014, p. 17). A month later, in October of 2012 Todd hung herself in her home.

Amanda Todd is just one of dozens of teenage girls and boys on the news that killed themselves because of cyberbullying. It is a serious problem facing today’s youth. How to spot the signs of someone being cyberbullied is if the person spends more time online, appearing anxious or sad afterward. Another is if the person being bullied has difficulty sleeping, wants to stay home, and withdraws from activities he or she used to enjoy. Bullies that engage in this form of bullying do so because it is instant, gratifying, and can be done anonymously. If people wish to combat cyberbullying, they must limit the time the person bullied has online and print out any evidence that could lead to a possible arrest or actions against a cyberbully. 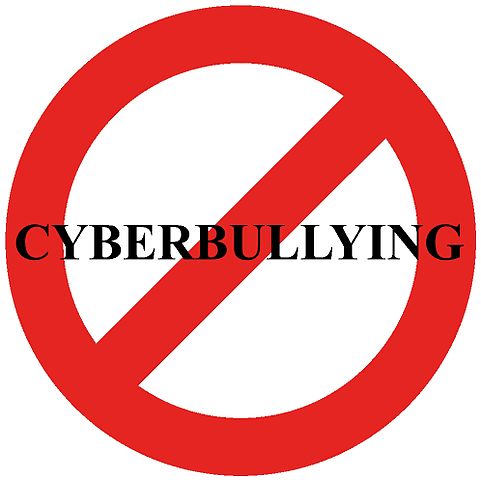 Those that experience bullying may feel the need to commit suicide. They may become bullies themselves as bullying can make a person with low self-esteem feel important and strong. “The main attraction of bullying is that it enhances the bully’s self-image, which is likely to be particularly important for pupils who have a low self-esteem” (Kyriacou, 2003, p. 20). Victims of bullying can develop trust issues with others and have problems socializing. Whatever happened to the victim can then translate to problems in that person’s life from altered performance in school to experiencing mental and physical health problems (Kyriacou, 2003). Bullying can and does have a profound and deep impact on the psyche of the victim.

View All Our Example Bullying Essays

In conclusion, bullying is a complex issue. It has various forms. Verbal and physical bullying are direct forms of bullying that involve teasing or hitting a bullying victim. Relational and cyberbullying are indirect forms of bullying that consist of isolating someone from a social group or harassing them online. Whatever the form of bullying, it can deeply affect the person bullied. Many that are bullied commit suicide. The ones that do not commit suicide have an altered view of the world. To stop bullying, it is important to recognize the signs, to make bullying a thing of the past, not the present or future.

Davies, K. (2013, March 6). Bailey O’Neill: Boy who died after schoolyard bully attack was punched 3 times in the face and refused to hit back | Daily Mail Online. Retrieved from http://www.dailymail.co.uk/news/article-2289093/Bailey-ONeill-Boy-died-schoolyard-bully-attack-punched-3-times-face-refused-hit-back.html

Abstracts should be written last. Once all parts of the essay are constructed, then write the abstract. The abstract is a quick recap of the entire essay that is meant to pique the interest of the reader. Keep that in mind when writing. The same can be said of a thesis. Often the right thesis comes from progress in the topic. Once someone understands what the topic comprises of, it is easier to design a thesis that will help the reader see what is in store in the body of the essay.

The topic of bullying was not so hard to tackle, was it? We hope this bullying essay helps you develop your own amazing and insightful writing. Sure, some tasks can seem daunting, especially if you do not have a guide to help you. But here there are guides and essays that can point you in the right direction. All you need is a little push and some good examples.