The Hollywood Cheating Scandal exposed what life is like on the other side of the tracks—the side where wealth and fame are used to buy a way into top-tier schools for trust fund kids.  The college admissions cheating scheme involved some big names across a range of industries:  actors, actresses, fashion moguls, Wall Street guys, real estate giants, doctors and many others were all implicated in the scheme along with Ivy League teachers, coaches, and test takers.  This essay will discuss what happened, why, and what it means for America. 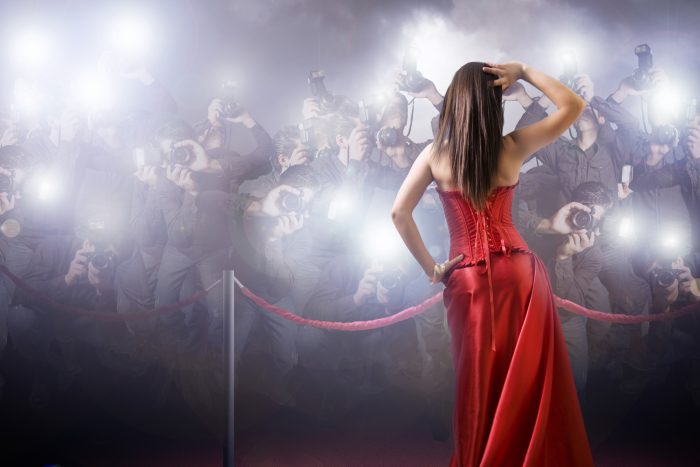 People have always wondered why some get into the elite schools are others are denied.  Well, the answer is that money talks and always will.  The people who have to do so earn their degrees the hard way—through hard work and determination, while the people who can use their status and wealth get their degrees the old-fashioned way:  bribery.

Most people are impressed by someone who hangs a degree from an elite school like Harvard or Yale on their walls.  It signifies that they are special, that they attained something few others have been able to do.  What they don’t always realize is that those degrees are more like club membership titles than they are validation of any superior academic achievement.

There are many issues with America’s schools.  Whether it is the fact that American students lag behind others in math and science or the fact that high school graduates can hardly spell, something somewhere is wrong.  What happened over the past century?  One hundred years ago an eighth grade test looked like a fourth year college exam today.  Standards have clearly fallen—but why?

Maybe it’s the method.  Maybe it’s theory.  Maybe it’s the system overall, which has been dumbed down to allow as many kids as possible to be admitted.  Or maybe it’s the lack of character education.  For whatever reason, America’s schools are failing their students by passing them along and giving them degrees when they cannot even tell the difference between a complete and an incomplete sentence.

It’s not always the teachers’ fault that children fail to perform at a high level.  Parents also share a part in the blame.  They are the ones who set the tone at home.  They are the ones who set the example for behavior.  The problems in the world start and stop with the home life.  Parents need to step up and figure out what they can do to help their kids do better.

a.  The Big Names

On March 12, 2019, Boston authorities announced charges in what they dubbed “the largest college admissions scam ever prosecuted by the Department of Justice.”  The scheme was masterminded by William Rick Singer, 58-year-old founder of Edge College & Career Network.  Singer worked with wealthy upper-class clients who wanted to see their children gain admission “through the side door” into the nation’s top-tier elite colleges.  Facilitators in Singer’s scheme included everyone from proctors to college sports coaches to teachers, private instructors and test takers.  Bribes were paid by parents to Singer, who in turn rigged test scores or photoshopped the faces of the parents’ children onto the bodies of athletes to help cook up a profile that would make it look like the child was a star athlete.  Upwards of $25 million in bribe payments were collected by Singer from 2011 on and this paper will explain how he did, how he was busted, who else was busted with him and what comes next.

For the children of the wealthy class there are front doors to elite colleges and there are back doors.  The front door is used by kids who get in on their own merits.  The back door is used by kids whose parents make sizeable donations to the school—like Dr. Dre did at USC, where his daughter later was accepted.  William Rick Singer opened up a side door:  one that kids could take whose parents did not mind paying a little bribe money to Singer and associates to get the door open.

When it comes to getting into top-tier colleges, there are time-honored traditions—like coughing up millions in donations to the school’s coffers (no guarantee, of course, but certainly one that gives your kid a better shot—ask Dr. Dre), and then there is the unhallowed use of the side door:  cheating on admissions tests and applications and using bribes to get people to look the other way.  The former is a tradition that will never go away.  The latter is one that was stopped March 2019 when the Feds busted William Rick Singer and arrested some 40 others in the largest college admissions sting operation in U.S. history.

Singer had a wide range of clientele stretching from Manhattan to Los Angeles.  It was basically an open secret among the upper class elite on both the East Coast and the West Coast that Singer provided a “side door” into whatever colleges the parents wanted their kids to get into.  It was all confidential and very hush-hush in so far as people knew about it but no one ever dared rat anybody out—no one, that is, until Morrie Tobin, an L.A. financial executive, was busted for running a pump and dump scheme.  To get the SEC to go easier on him, Tobin turned rat on the wealthy set using Singer’s “side door” and sang about the women’s soccer coach Rudy Meredith at Yale seeking out a bribe to get Tobin’s daughter into the elite school.  Tobin wore a wire, met Meredith at a hotel where the latter offered to get Tobin’s daughter admitted for half a million dollars.  From there it was all downhill for Singer who was basically forced to entrap others so that the Feds could build their case and turn this unfortunate affair into a headline bonanza from here to Timbuktu. 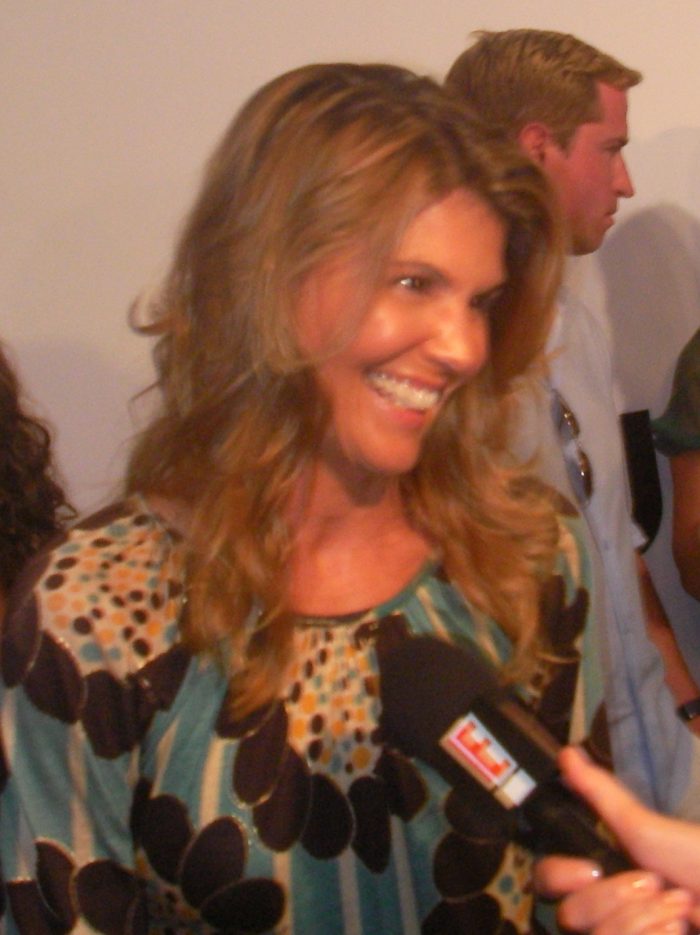 How It Was Done

Singer required a number of facilitators to enable his scheme to work.  He needed proctors who were on his side and who could score well on the SAT, coaches at colleges who would be willing to take a bribe to look the other way, and parents willing to cough up the dough to put it all into motion.  By acting as a regular speaker at financial services seminars and conventions where speakers addressed issues such as “Raising a Balanced Child in an Affluent Environment,” Singer made all sorts of connections (Levitz, Belkin & Korn, 2019).

To get the children of wealthy parents through the “side door,” he needed to be able to control the test taking process.  He would apply for a request for the student to be able to take the SAT in an environment that he controlled with a proctor who was on the take.  The student would be told to put down the answers on a separate sheet of paper (not on the actual test form) and then the proctor would essentially take the test for the student.  The student never knew what was going on and was in no way complicit:  this was all an arrangement between the parents, Singer, the proctor and whoever else might be involved from the colleges—such as coaches who took bribes to say that the student was a star athlete (which would help get the student a scholarship or at least admission). 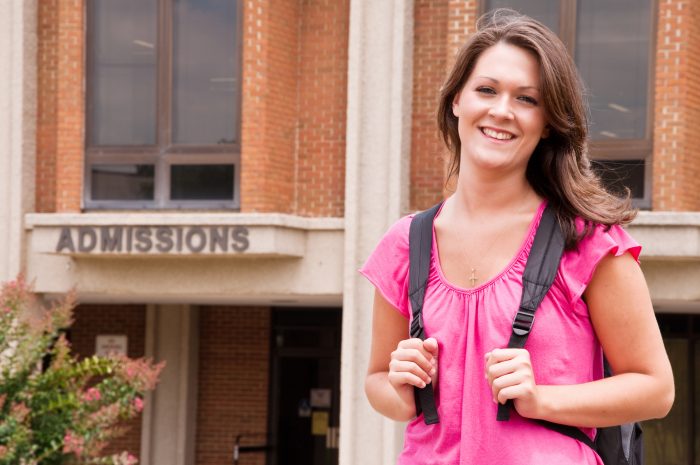 When Olivia Jade’s parents were being arrested by the Feds, she was actually spending spring break on the yacht of Rick Caruso, the billionaire real-estate mogul and Chairman of USC’s Board of Trustees (Stump, 2019).  That’s right:  the Loughlin daughter had been friends with the university’s most important person—and was hanging out on his yacht in the Bahamas while the Feds were knocking on her parents’ door.  What does this mean?  It means these so-called elite colleges are nothing more than elite clubs for elite people.  They put out their gatekeepers to keep the undesirables out—but people like Olivia Jade are supposed to get in.  The daughters of Lori Loughlin and Mossimo Giannulli are meant to be there.  The most baffling thing of all this is why the parents did not just go in through the wide open back door!  The hundreds of thousands they spent going through Singer’s side door surely could have been better put to use as a donation that, when coupled with friend Caruso’s subtle urging, would have seen USC admit the Olivia and her sister.

Now Olivia Jade has lost the makeup sponsors of her YouTube channel.  She has gone from being a YouTube star and celebrity in her own right to being a social pariah—all because her parents made a big mistake and people on social media love to see stars fall into the mud.  The worst part of all this is that so many people seem to rejoice in what is happening inside these families, as though the humiliation they are going through were not bad enough.  They want to see parents locked up, children’s futures and dreams shattered, and lives destroyed.  It is like a giant episode of The Scarlet Letter in the 21st century, with “A” standing not for Adultery (no one cares two hoots about that anymore) but rather for Admissions Fraud.  The public shaming that goes on today whenever anyone gets outed for doing anything wrong is on a scale of malevolence that not even Hawthorne could have predicted.

Still, for some it will be prison.  Singer is looking at 20 years.  The wealthy celebs will like get off with a fine and community service.  The fake test takers and bribe takers may not be so fortunate.  This a big case with big names:  prosecutors stand to make a name for themselves—but there are also some powerful and influential people involved, which means a few will be scapegoated and the rest will be absolved. 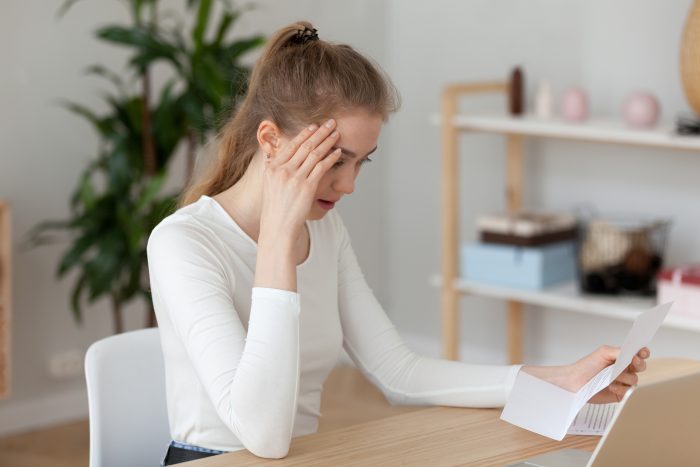 The admissions cheating scandal has revealed a lot about the way America works—especially when it comes to the world of wealthy elites, top-tier colleges, and the people behind the scenes.  Be that as it may, it is important to remember that in the game of life, there are front doors, there are back doors and there are side doors.  If you want to be honest, you go in through the front door—and if you’re blocked, you take your talents elsewhere.  If you want to roll the way the wealthy do, you take the back door.  And if you’re ever presented with the side door option—run.  Sooner or later someone will rat and then the whole world will pile on because it really has nothing better to do than heap scorn upon those it secretly envies.

Levitz, J., Belkin, D. & Korn, M.  (2019).  ‘He Had the Magic Elixir’: How the College Cheating Scandal Spread.  Retrieved from https://www.wsj.com/articles/it-was-like-he-had-the-magic-elixir-how-a-consulting-business-spawned-the-college-cheating-scandal-11553539186

The Hollywood Cheating Scandal aka the Great Admissions Cheating Scheme took most of the U.S. by surprise—sort of—and led to a whole lot of outrage being vented on social and mainstream media.  At the end of the day, however, none of this should really be all that unexpected.  Universities ceased being places of legitimate higher learning a long time ago.  Today they are pay-to-play schemes themselves:  pay for courses you’ll never need to get a degree that can get your foot in the door so you can get a job.  It used to be that one could get a job based merit, skills, know-how, character.  Most of those things have been lost in 21st century America.  Nowadays, everyone just wants to be a YouTuber.