Beginning a My Papa’s Waltz analysis essay can appear like a formidable task, as the poem is so simple, yet so enigmatic. Luckily, writing such an analysis essay can help you build a higher level of appreciation for the poem, as it can show you the layers of meaning embedded throughout each line. Close scrutiny of this poem can demonstrate the power that a precise word choice can wield in communicating feelings and visuals. In this piece, the words work together to create a picture of tension, uncertainty and danger. Written over fifty years ago, My Papa’s Waltz is still an example of writing that can comment upon the intricacies between parent and child. 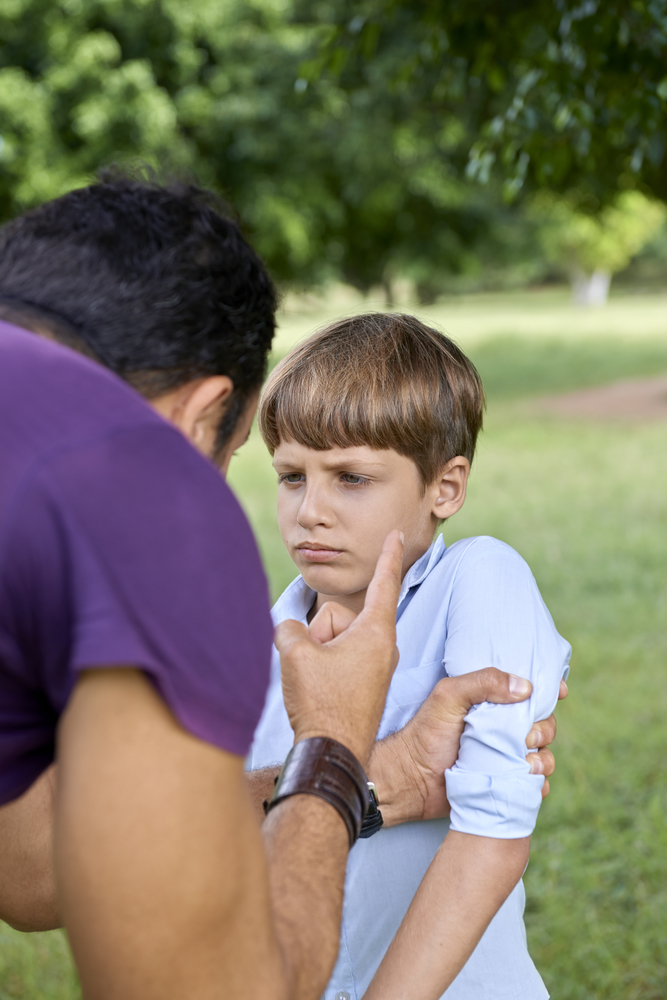 My Papa’s Waltz is one of Theodore Roethke’s most famous poems, written in 1948 and included in the seminal volume The Lost Son and Other Poems. This is a collection of poems that documents the author’s beginnings as a youth, evolving with each piece towards maturity. The poem in question details an aspect of the poet’s childhood, which was his relationship with his father. It was a relationship that was no doubt broiled in complexity. Theodore Roethke’s father, Otto Roethke, ran a large set of greenhouses with his brother Charles, created by their father Wilhelm, a German immigrant. While many people attest that Theodore had a tranquil childhood, he was thin and somewhat withdrawn, suffering from a range of childhood diseases (McRoberts).

Despite assertions that his childhood was a serene one, evidence does suggest that something was amiss, at least in the adults that surround him. It is important to note that several traumatic events occurred when he was 14: His father and his uncle quarreled bitterly, leading to the selling of the greenhouses (McRoberts). After that, cancer afflicted Otto Roethke. His brother Charles took his own life. Otto passed soon after. With all these issues, Roethke became the head of the household, though his mother was still in control of the family purse strings (McRoberts). It is difficult to imagine suffering through so much trauma as a young person and one can’t help but conclude that it would leave an indelible mark on one’s psyche—something that Roethke no doubt enriched his own work with. Exploring the poem My Papa’s Waltz means that one is coming face to face with the intricacies of the relationship between father and son.

As a result of the fact that all art is a product of its time, one could argue that during analysis one needs to consider both the period the poem was written in and the period of time it is referring to. The poem was written in 1948, but appears to be talking about a period from around 1913 to 1923 (when the poet was aged 5 to 15). If one examines these dates, one sees that these periods are directly influenced by two major world wars. It is as if the turmoil of the surrounding world were impacting the poet’s own domestic life with complications and uncertainties. This is because the poem seems to describe some sort of altercation between father and son. The exact type of altercation is unclear: some scholars literally interpret it to be a sloppy dance between father and son. Others view it as some sort of nebulous game or competition. The analysis with the most integrity will always be one that acknowledges the darker impulses that abound throughout the text and using them as the guiding principles for analysis. 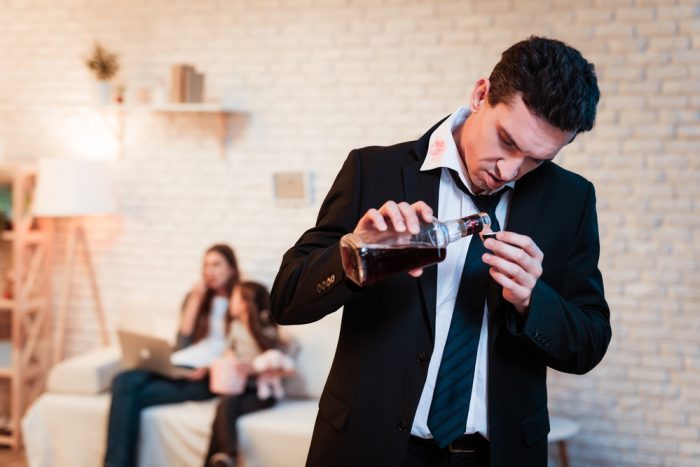 Many critics emphasize the poem’s disarming simplicity when examining it. The poem consists of four stanzas of just four lines each. However, the writing is a clear example of not a word wasted. Every word selected helps to convey the image, intent, along with literal and suggested meaning.

The title works to set up uncertainty and expectation within the reader and then subvert those ideas. By selecting the title My Papa’s Waltz the reader isn’t sure what exactly they will be reading about. It might be about his parents dancing, it might be about his father having an affair, it might refer to a drunken dance that his father does around the house at midnight, or as most readers aptly are aware, waltz could simply be a metaphor for something else—it could be any number of things. The choice of words for the title is suggestive as well, particularly the selection of the word “papa” gives the reader the impression that the author of the poem is young or even a child, or that childhood is the time of the poem. Papa is an affectionate term for father, and using it in the title helps to imbue the text with a certain level of warmth and with it—vulnerability.

Thus, with this affection an vulnerability set up at the state of the poem, the reader understands that there is something amiss from the beginning of the poem—from the very first line. The very first line asserts: “The whiskey on your breath/” This line in its simplicity succeeds at putting the reader ill at ease immediately. While one cannot be completely sure whom the writer is addressing, one is reasonably certain that the address is to the Papa in the title of the poem. The fact that whiskey is traditionally a masculine drink only furthers this association. The mere mention of whiskey creates a sense of imbalanced foreboding, as most readers are well aware that alcohol can fuel child-abuse-centered rages, particularly among parents who are in poor control of themselves. The following line, “Could make a small boy dizzy;/” only confirms that the person in the poem has consumed an ungodly amount of whiskey and is so drunk, just being in the mere vantage point of this adult’s breath could have disorienting impact on a child.

The subsequent line of this stanza is also provocative: “But I hung on like death:/” This line is so provocative as it creates a more heightened sense of uncertainty within the reader. Hung on to what? The nebulousness of what exactly the child is hanging onto creates more tension within the reader because of the sheer uncertainty. The word choice of the word death only heightens this tension. Death evokes a notion that perhaps there is a scuffle the father and son are involved in, or a physical battle of wills. The fact that the author deliberately chooses not to clarify what exactly is happening only succeeds in raising the stakes of perilousness. The last line of this stanza creates a closing, damning impact when it asserts, “Such waltzing was not easy.” This line allows the reader to conclude that whatever this scuffle is—it is what the author means when he refers to my Papa’s waltz. Furthermore, the signifying word “such” helps the reader make the connection that this is no ordinary waltzing.

The following stanza shows the writer’s refusal to use typical words specific to fighting or quarreling when discussing this altercation. “We romped until the pans/” The word romped only aggravates the overall sordid quality of this poem in that it gives a lighthearted overlay to a poem that is anything but—it is like a scary clown trying to seem benign. Furthermore, the uncertainty of what the pans did leaves the reader wondering in a state of apprehension. It is only until the second line of this stanza asserts, “Slid from the kitchen shelf;/” does the reader have a full sense of the mayhem that was ensuing. With this line, the reader now fully understands that this altercation is at brawl-level. The father and son are “waltzing” in such a way that the struggle is causing pans to slide off the kitchen shelves. This evokes images of other issues occurring, such as tables being overturned, chairs being knocked over, plates being broken. The image of domestic upheaval is furthered with the line; “My mother’s countenance/” as in this case the word choice is very specific. Countenance is evocative of “counter” as in a kitchen counter. This word was selected because it gives the mother a sense of immobility, as if she were just an inanimate object—and had no agency within the situation to stop it. The idea of the mother’s helplessness and general non-agency is furthered in the final line of this stanza. This line asserts, “Could not unfrown itself.” The exact wording of this line makes a strong effort to demonstrate how the mother lacks general autonomy. The writer did not say, “She could not stop frowning” but instead refers to her expression as not being able to fix itself, like a clock that won’t stop ticking, or a kitchen appliance that won’t shut off. The entire description serves to make her appear non-human.

The idea of chaos and uncertainty is furthered in the third stanza, which begins with a line that sets the stage for aggression and helplessness “The hand that held my wrist.” This line is so treacherous as it indicates that the child’s hand is being dominated, hurt, and is immobilized. Grabbing someone by the wrist is one of the most definite ways to ensure they cannot move their hands—it limits their freedom substantially. It also evokes very dark imagery: a heavy adult hand gripping a child’s frail wrist in a move of domination.  The second line continues to further the idea of violence, struggle, chaos and darkness as it states: “Was battered on one knuckle;/” This clearly shows the reader that a scuffle of some sort has occurred between father and son. More importantly, it suggests that there’s a loss of control with the adults present: when adults unleash their frustration or any other emotions with violence, it strongly indicates that things are falling apart. Having the urge or desire to strike a child is very common. Children can be infuriating. Thus, there’s nothing abnormal for an adult to want to strike a child—however, actually going through with it is a far different matter, as it strongly suggests that there has been a virtual sunset of decency and humanity occurring.

The next line sets up the elongated them of violence and chaos by asserting: “At every step you missed/” which paints a picture of an adult tripping or falling up or down stairs, furthering the picture of pandemonium. This becomes even more treacherous at the final line of this stanza, which proclaims, “My right ear scraped a buckle.” This line vividly creates an image of the poor child being dragged in such a way that his ear is scraping against parts of his father’s attire. Was the ear scraped against a shoe buckle? A belt buckle? Both? Either? The uncertainty that this constructs within the mind’s eye of the reader creates more discomfort, as one isn’t able to create a clear picture of exactly what is going on. The haziness of the clearly violent situation can cause a mild panic or wince to develop inside of the reader.

The Great Gatsby Essay (Completed in 2020)

To Kill a Mockingbird Essay

Should College Athletes Be Paid Essay